5 Famous People and Goals They Achieved

Do you ever wonder about famous people and goals? Setting goals is a task every single person should embrace. Whether you do it every New Year or at various times throughout the year, knowing what you want in life will prevent that feeling of just floating through each day without purpose. Knowing your purpose and goals motivates you to wake up and take action every single day.

Setting goals in every aspect of your life will keep you focused on what you want. Whether it’s about losing weight to regain your health or increasing your business profits to move to a warmer climate, knowing what you want allows you to put action steps in place. After all, nothing happens in life without taking action.

5 Famous People and Goals They Achieved

Walt Disney was laughed at by many bankers when he proposed his idea for the Disney World theme park. The last laugh is on them because today the entire Disney franchise – including the many theme parks, movies, and merchandise – are worth many billions of dollars. 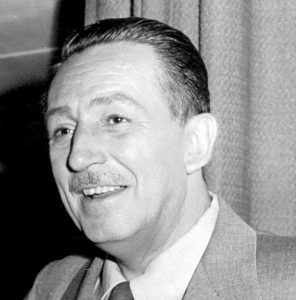 If you’re feeling defeated with not reaching goals in the past, don’t worry. Even the most successful celebrities and business owners have seen their own failures but continued to set goals anyway.

Entertainer extraordinaire Beyoncé keeps a photograph of an Academy Award by her treadmill where she sees it every day. In 2013, she won an Oscar for the theme song to the James Bond movie, Skyfall.

Michael Jordan, arguably one of the best professional basketball players of all time, was rejected by the high school basketball varsity team because he was too short. Told he would never play at that level, Michael trained even harder and visualized his name in a professional locker room.

JK Rowling, famously known for writing the Harry Potter series, couldn’t get book publishers to talk to her. Depending on food stamps to survive, she finally found a publisher who agreed to publish her book after the publisher’s daughter started reading the book and became entranced.

Count Your Failures as Lessons Learned

Thomas Edison is another person who was labeled as “stupid” by his teachers, yet at one point he held over 1,000 patents for new inventions. Most famous for inventing the lightbulb, Edison is also known for this quote, “I have not failed. I’ve just found 10,000 ways that won’t work.” You may not have reached every goal but that doesn’t mean you stop trying. Revise your goals, voice what is most important in your life, and take action steps toward those goals.

We can learn a great deal from famous people and goals they have set but now it’s your turn. Let’s get busy and set some goals today.

Free Gift For You!